Headphones that deliver the highest level of audio performance possible

Hubs customer, Warwick Acoustics, is pushing the boundaries of physics when it comes to audio. The fast-growing company’s next-generation technology is set to redefine the industry. 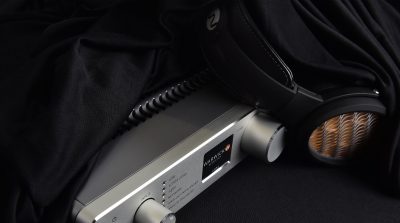 Warwick Acoustics’ headphones are above and beyond today’s standard, turning the traditional speaker design on its head. Rather than taking the traditional approach of using a heavy magnet and a coil that alternately attract and repel, and making a cone vibrate in order to create sound, Warwick Acoustics has opted to build an electrostatic speaker.

It’s a system others have attempted, but in the past has resulted in large, heavy speakers with little control over low frequencies that deteriorate over time. Warwick Acoustics overcomes these issues by creating a patented cellular structure that produces sound reliably.

In the place of the magnet that moves backward and forward, Warwick Acoustics uses a very, very thin diaphragm film - thinner than a human hair.

The light weight of this film means the speakers are more true to the sound. In a traditional speaker, the heavy magnet results in a slight delay, often blurring and smudging the sound. Because of the light membrane, Warwick Acoustics’ headphones produce a more “transparent”, cleaner sound.

“The example often used to describe this transformation is LEDs versus traditional light bulbs,” explains Ben Lisle, Principal Mechanical Engineer at Warwick Acoustics. “The LED is the next generation. It has all the advantages of a light bulb, but with lower power, brighter light, and no heat emitted. It’s the same with our headphones: they offer everything traditional headphones can but with a cleaner sound, much lower power, and low heat emission.”

Each stator is made from oxygen-free copper (OFHC), which is subsequently gold-plated, materials selected for their high electrical conductivity, resistance to corrosion and premium aesthetics. The entire assembly is built into a high-precision frame, which ensures the assembled transducer is held completely flat and is invulnerable to warpage or bending.

To produce the major structural components that form the body of the headphones, Warwick Acoustics largely used CNC machining through Hubs.

Getting parts cheaper, faster and with less headaches

Originally, Warwick Acoustics worked directly with suppliers to get out-of-house parts manufactured. But because of trade conflicts and difficulties in communication, Warwick Acoustics often experienced delays getting parts into production. Also as a smaller company, compared to huge enterprises ordering hundreds of thousands of parts, they had to fight to get to the top of the supplier’s priority list.

Because of these problems, Warwick Acoustics looked to switch to a supplier base located in Europe and came across Hubs’ online manufacturing platform. With Hubs, the Warwick Acoustics team can easily communicate in English in the same time zone, track and trace their orders, and be confident their parts are being produced.

This means Warwick Acoustics can produce and iterate parts faster. “As a company we’re growing quickly,” shares Ben, “producing technology that’s cutting edge, and Hubs has been able to help us do that quicker, cheaper, and with far fewer headaches than before.”

“As a company we’re growing quickly, producing technology that’s cutting edge, and Hubs have been able to help us do that quicker, cheaper, and with far fewer headaches than before.”
- Ben Lisle, Principal Mechanical Engineer at Warwick Acoustics

Choosing Hubs also had some added bonuses. “Where you’ve impressed us is the design verification stage you can add to an order,” says Ben, “with this prototyping service, we’re able to look and review one part at the same price as if we’d ordered it as a part of the full quantity. It’s been a real help validating the finish and fit of our components in a cost-effective manner.”

Or upload a part to the Hubs platform to get an instant quote.

Building the fastest sailboats in the world

Meet Alex Cappy, Hubs’ first Chief Operations Officer
After helping to scale other online marketplaces in executive roles at Uber and Deliveroo, Cappy will be instrumental in accelerating Hubs’ growth in the online manufacturing industry.
Next

Building the fastest sailboats in the world
Goodall Design pours thousands of hours into trying, testing and developing its world-class catamarans. Driven by a passion for sailing, the Goodall Design team is constantly pushing to improve the quality of their racing boats.
×