Designing destination EV chargers of the future with Hubs

LEKTRI.CO is on a mission to make electric vehicle use more accessible and efficient. Learn how the telematics innovator designed its new destination chargers and how Hubs built the robust casing and cover to match its futuristic design. 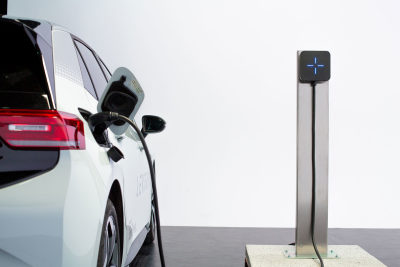 Hubs’ platform and quote builder not only provided  LEKTRI.CO  with faster lead times and better pricing options than traditional manufacturers for injection molding services, but it also gave the company more flexibility to produce smaller runs of parts at the quality level required. Our capacity to manufacture automotive-grade components in prototyping quantities helped LEKTRI.CO to showcase its EV innovations to a wider client base.

A vision of accessible power

Picture a future where communities share renewable energy via an interconnected network of personal solar arrays and electric vehicles (EVs) equipped with bi-directional batteries. With the cost of energy climbing rapidly, this sounds like a sustainability idyll.

Building a utopia of small energy communities wasn’t exactly what LEKTRI.CO had in mind when the company began designing charging stations for EVs. However, it’s become a driving force in its mission to build a vast network of EV charging stations available to everyone.

Founded in 2018, LEKTRI.CO produces innovative destination chargers for home and office use. The company, headquartered in Romania, is part of a broader group of telematics enterprises comprising SafeFleet, TPark, 2park.io and OBU One. Presently, the firm offers a 7.4 kW product - the 1P7K charger - coupled with a mobile app for operating and monetizing it.

LEKTRI.CO is not acting alone in its mission to equip the world with accessible power for EVs. The company worked with Hubs to build its current iteration of chargers, and in 2022 will leverage our digital manufacturing platform to expand its capacity and capabilities.

We spoke with product owner Oliver Albu to break down the technology, explain the partnership with Hubs and see where the company is headed in the future.

From fleet management to powering EVs

In 2018, the SafeFleet team made the bold decision to replace all of the vehicles in their sales fleets with EVs. This reduced fleet costs by nearly 60%, though the challenge of keeping these vehicles charged soon became a significant issue. The group was managing tens of thousands of vehicles, with over 100,000 tracking units dotted across Europe.

“The issue for our fleet was how to charge our vehicles in the most efficient way,”  says Albu. “Because we had experience, know-how and hardware and software capabilities, we decided to produce our own EV charging station. This is how we got started.”

What Albu and his team soon discovered was that charging stations in Eastern Europe - where the group was mainly operating - were few and far between. A majority of these were DC (fast-charging) stations dotted along highways. Albu and his team observed that most charging sessions for their fleets took place over longer periods when EVs weren’t in use. They soon found that AC (destination charging) was far more efficient and a better technology fit for their product concept.

To charge an EV, alternating current (AC) provided by the grid has to be converted to direct current (DC). Converting from AC to DC power for destination chargers takes place within the vehicle’s onboard charger, but fast chargers have a built-in converter to deliver DC current directly into the EV’s battery. The issue with faster-charging options (50-300 kW) is that they put a lot of stress on the batter and heat the entire system if used too frequently. This means that DC charging is only really suitable for quick breaks on the highway, as opposed to home or office use.

“That is why destination AC charging (3.6-22 kW) is preferred in daily city usage scenarios and the better option for when EVs are parked for a longer period of time,” says Albu. “In many day-to-day usage scenarios, slow is fast enough.”

At the same time, the EV chargers that were on the market already were aesthetically lacking. “We saw that chargers had older technology and expensive components, and were designed to look like fuse boxes,” says Albu. “It was really important for us to create a destination charger that people would love to have in their homes and garages. We wanted it to look like a work of art.”

To create an efficient and user-friendly slow charger that also looked stellar, LEKTRI.CO partnered with the famous design house EOOS in Austria. “The final design was very compact and very simple,” says Albu. “We removed all buttons and displays, and instead used a 4-LED pinwheel interface.”

Reminiscent of a miniature windmill, the four LEDs can light up in a variety of combinations and speeds to communicate the state of the charger. Paring down the complexity of the product’s design, LEKTRI.CO migrated most interactive functionality to a mobile app and interconnected platform for managing and monetizing every destination charger.

The feedback LEKTRI.CO received was immensely positive. Its first forays into building destination chargers—the 22kW JOY and 43kW AVA models—were featured in an exhibit at the MAK Applied Arts Museum in Vienna only one year after the company was founded.

Following these successful use cases, the company wanted to create a smaller, leaner destination charger and collaborated with Hubs to produce this new iteration.

In 2021, LEKTRI.CO launched the 1P7K, an easy-to-install 7.4 kW destination charger well-suited for personal and business use. This charger differed from the previous two in several ways, the most notable variation was that the 1P7K was designed for mass production, while the other two were made for limited production runs.

“With this new generation, we started from scratch, designing a product that can be manufactured easily, that can be compact, that can reduce the cost of production and also have a very appealing design for people to install in their homes and offices,” says Albu.

The key components for the product were the casing that would house the electronics and the cover protecting the four LEDs. Both parts had to be robust enough for prolonged use outdoors and look amazing. Albu and his team initially approached manufacturers in the automotive space, but they could only offer hundreds of thousands of pieces at once with far lengthier lead times.

LEKTRI.CO wanted excellent aesthetics with robust durability to match, however in prototype quantities. “It was very hard for us to negotiate the quantities we needed as a startup,” says Albu. “We couldn’t guarantee a huge volume at the beginning, and the initial costs of tooling were quite high and inflexible.”

This is where Hubs came in. The Hubs platform made it easy for LEKTRI.CO to produce high-quality casings and covers in low volumes, while providing advisory services on manufacturability. As well, the Hubs platform provided faster lead times and far more flexibility than traditional manufacturers could.  “Hubs gave us hope that we could actually do this,” says Albu.

At the start of the collaboration, LEKTRI.CO approached Hubs with a design that was 90% ready for manufacturing, and the Hubs DFM ( design for manufacturability) experts collaborated closely with Albu and his team to get the design over the manufacturability finish line. “We had several sessions where Hubs helped us make the right changes to avoid potential

problems and defects during the manufacturing process,” says Albu. “Having someone who can be in touch with the manufacturers was essential for us.”

To build the destination charger’s case and cover, LEKTRI.CO opted to use injection molding technology combined with premium, cost-efficient materials. The process and materials had to meet all the required certification standards, be waterproof and fireproof and be built to keep vandals out of the electronics and cables.

Along with having to operate in parking lots and endure adverse weather conditions, the charger had to be easy to install. “We knew that no matter how affordable you make the charger, the cost you can’t control so easily is the cost of installation,” says Albu. “We endeavored to make life easy for electricians.” So, it became essential to design and manufacture the 1P7K product so an electrician could install it in 15 minutes.

With Hubs providing manufacturing support, LEKTRI.CO produced its first batch of 500 1P7K chargers and is currently manufacturing several thousand more to be shipped throughout 2022.

Although the initial goal was simply to power commercial fleets of EVs, LEKTRI.CO soon discovered a broader mission that went above and beyond its own cost and energy-saving goals. LEKTRI.CO sought to increase the usage of EVs and encourage people to open up their chargers to others, which would further incentivize more sustainable automotive choices. This is now becoming even more vital in the face of rapidly rising energy prices.

“The first step is to solve this infrastructure problem by making a lot of charging points available,” says Albu, referencing LEKTRI.CO’s significant investment in producing robust hardware and offering it for a price that individuals can more reasonably afford.

According to Albu, this enables the next step. “Once you have an EV and a charger, the next step will be to install PV panels in order to produce your own electricity,” he says. “The charger is designed to work perfectly with PV panels.”

The company’s connected network of chargers may be a stepping stone toward what Albu calls “small energy communities.” The vision that’s evolved from LEKTRI.CO’s initial push to more effectively and efficiently keep its fleets charged is one in which households with PV panels are sharing power with neighbors (for a fee). On top of this, newer EVs are being developed with bi-directional charging capabilities, meaning that EV owners will be able to use their vehicles to partially power their homes.

While this future of small energy communities powered by microtransactions, as opposed to monolithic energy providers, may be far off, this vision continues to inform the next generations of LEKTRI.CO’s destination chargers.

Having proven the efficacy of the 1P7K’s design and technology, LEKTRI.CO is now busy designing the next generation of its charger, the 3P22K (to be launched in Q2 of 2022). This new version will have the same form factor and case as the 1P7K, with updated AC charging technology.

This lofty production goal will require optimized and decentralized manufacturing processes. “The next challenge for us will be figuring out how to use existing tooling and optimizing the existing process to fit this new generation,” says Albu. As well, LEKTRI.CO hopes to shed the manufacturing process completely. The ambition is to be able to produce the design in any factory.

Reflecting on the experience collaborating on the 1P7K with Hubs, Albu is quick to encourage other enterprises to work with a digital manufacturing platform. “You don’t have to invest effort into selecting the right manufacturer,” says Albu. “That’s done by professionals. We are in good company with Hubs.”

Ready to produce your parts with Hubs?

Launching airborne wind energy with Hubs
Find out how Hubs helped Ampyx Power hit major milestones in its mission to develop a better way to harvest wind energy with autonomous aviation technology.
Next

3D printing game-changing custom electronics with Hubs
Formify uses Hubs’ platform and Multi Jet Fusion (MJF) to create custom computer mice for pro gamers and casual users alike. Learn how the startup worked with Hubs to produce the most innovative and personalized peripherals in the game.
×