Learn about the women who have played a pivotal role in science, technology, engineering and mathematics (STEM) by exploring these three museum resources. 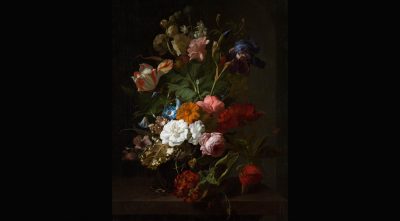 Women have always played a pivotal role in science, technology, engineering and mathematics (STEM). However, women in STEM and their achievements have historically been, and continue to be, overlooked. Women are frequently under-represented, often receiving smaller research grants and being passed over for promotions.

For instance, when you think about the discovery of DNA’s double helix structure, you probably don’t think about Rosalind Franklin. Franklin was a chemist and an X-ray crystallographer, and her unpublished data helped Watson and Crick uncover the double helix. Franklin’s contribution was not recognized at the time, and only after her death did Crick give Franklin credit.

Then there’s Radia Perlman, the computer scientist who invented the spanning-tree protocol (STP), which was integral to the development of the internet. Now recognized as the mother of the internet (a title she eschews), Radia had to contend with the industry’s pervasive gender bias throughout her entire career.

To recognize the groundbreaking contributions women have made to STEM, and to advance gender equality in the sciences, the UN General Assembly designated February 11 as International Day of Women and Girls in Science in 2015. This provides a perfect moment to shine a light on women who have unlocked key discoveries in science and paved the way for technological advancement.

To draw attention to women who have shaped science and technology, and inspire women and girls to pursue careers and studies in STEM, institutions around the world are observing International Day of Women and Girls in Science by offering extensive exhibits and educational resources.

The Mauritshuis museum’s new exhibition of 17th and 18th-century paintings focuses on women in arts and sciences, with a third of the art on display painted by women. The exhibition features floral still lifes by Rachel Ruysch, Maria van Oosterwijck, Judith Leyster, Clara Peeters, Michaela Wautier and Maria Sybilla Merian. The Mauritshuis told the press that these women “were often forgotten or their works were attributed to male colleagues - was it impossible that a woman could paint so beautifully?” Entitled “In Full Bloom,” the exhibition inspires visitors to recognize women who advanced the arts and played key roles in the science of flowers and plants.

The Science Museum in London

The Science Museum in London offers an extensive online resource detailing the stories of women innovators in computing, engineering, physics and other fields. This project includes accounts of mathematician Ada Lovelace and aviator Beatrice Shilling. Developed by Dr. Nina Baker, Professor Graeme Gooday, Ceryl Evans and the Technology and Engineering curatorial team, this resource was created together with the AHRC project Electrifying Women: Understanding the Long History of Women in Engineering.

Getting to the podium with Hubs

Getting to the podium with Hubs
Find out how the Mondraker bicycle company used Hubs to create custom bike parts in time for its pro mountain bikers to podium at Maribor track in the 2021 UCI Mountain Bike World Cup.
Next