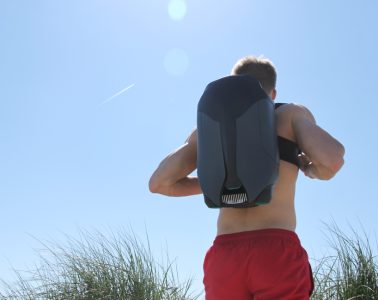 When Archie O’Brien first saw the Seabob promotional videos he was sold, it was only when he saw the price of around $17,000 that he realized how inaccessible the technology truly was. Using 3D printing and working with Hubs Archie designed and built an affordable alternative instead called the CUDA. A jetpack that the user wears like a backpack which gives you a hands-free experience as you glide through the water. What first started out as a student project only a year ago now has potential future applications for water rescue and goes into production next year. 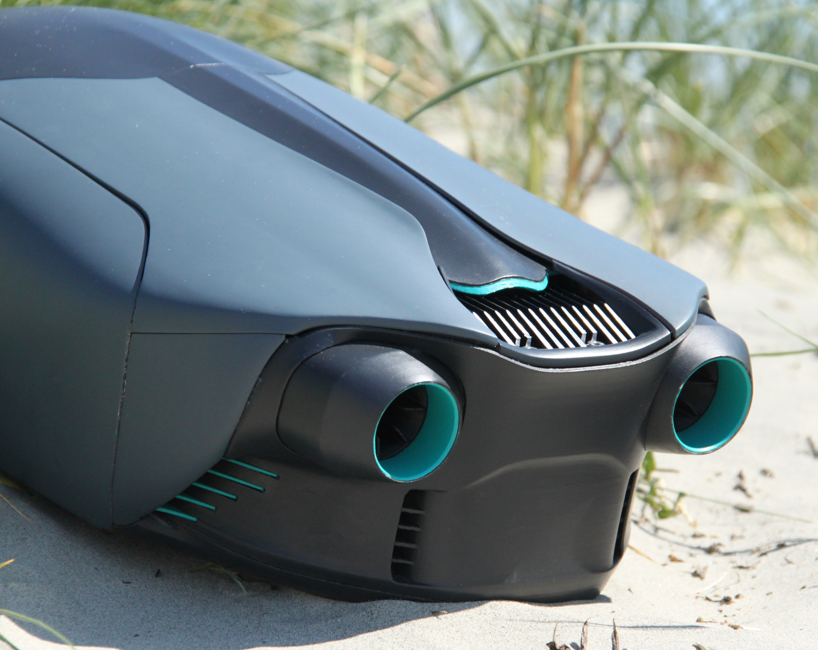 For Archie, it all started with the idea of flying through converging tectonic plates in the crystal waters of Iceland or being accepted into a pod of dolphins in Bora Bora. As an product design student at Loughborough University Archie decided he would take it upon himself to make underwater jet propulsion affordable. The first step was research, reading “Numerical Analysis of a Waterjet Propulsion System” cover to cover. This led to Archie realizing that water propulsion is harder than anticipated but he wasn’t deterred. The original idea was to shrink down a jet ski engine into a jetpack. After reading and researching it became clear that a better idea was to come up with a new propulsion system that better suited the backpack configuration. 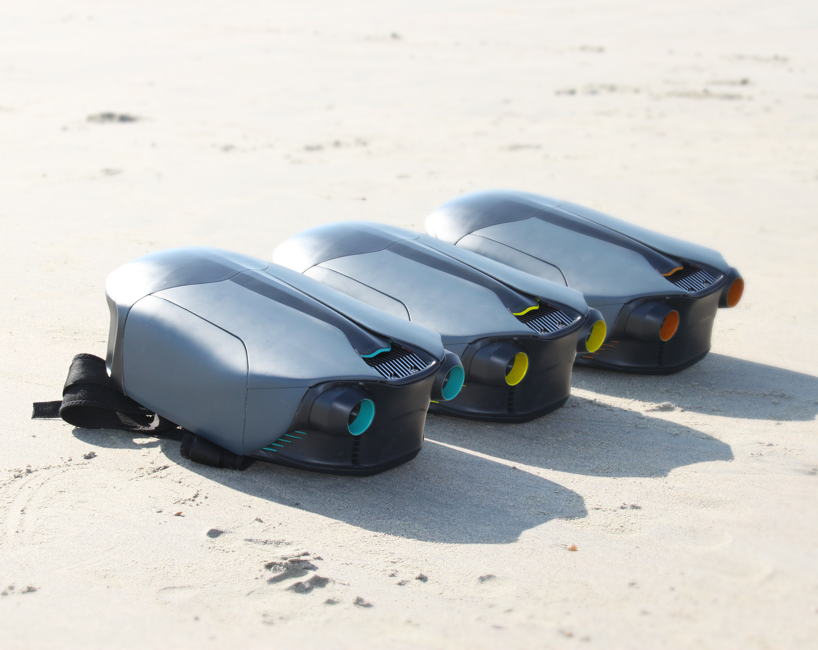 As soon as the designs were finished the first prototype was built. The manufacturing of the first working version used a blend of manufacturing technologies including CNC machining, turning and 3D printing. The predominant technology used was 3D printing, apart from the drive shaft which was turned and the heatsink which was milled. The impressive part of the project is that most of the components used FDM technology and PLA. Both FDM and PLA are the most commonly and easily accessible materials and technologies respectively due to their low cost.

Through Hubs, SLS was used to create the impeller which ordinarily would have been machined but Archie used carbon fiber infused powder which gave extreme stiffness needed for such parts. In short 3D printing allowed Archie to create a functional and robust prototype that previously wouldn’t have been possible with other manufacturing technologies for the same price or turnaround time. 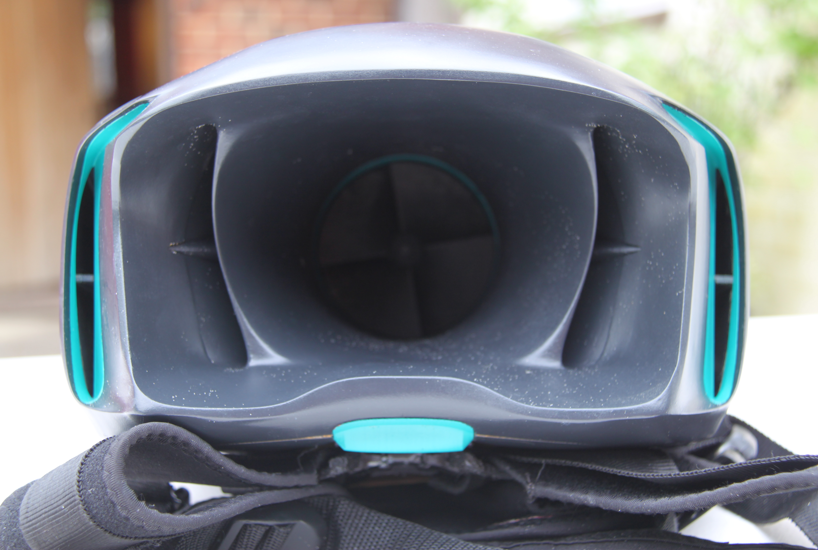 Using 3D printing comes with its challenges when being used in water. Archie uses a few extra materials to keep the CUDA running when submerged. Firstly all the 3D printed parts are coated with a thin layer of epoxy resin which is then slow-dried. Finally, the doors for easy access to the batteries and electronics have silicone seals to keep the water out.

So far the CUDA has been tested in swimming pools and open water. The 3D printed parts have not yet had any issues with leakage or deterioration. This included leaving parts in water for months and in close to freezing conditions. Of course, this isn't a scientific test but shows the sturdiness of this early functional product.

The CUDA can be assembled in under 10 minutes and is made of roughly 45 3D printed parts. Once assembled the operation is intuitive. The harness holds the pack 90 degrees to your shoulders, so the user simply points their body in the desired direction. Steering is similar to an airplane, as you need a certain amount of speed before you can effectively turn. To control the speed the user currently holds a hand held trigger system for variable speed. The quick replacement of batteries also allows for continuous use at remote locations.

The CUDA currently has a patent pending for its propulsion system and its first production models with being launched in Q2 2019. The next step after production will be Archie taking the CUDA around the world to fulfill his dream of gliding through those tectonic plates and jetting alongside sealife. The CUDA's propulsion system has implications beyond watersports as well, its uses could include sea rescue and emergency beachside response. The speed means responders get on the scene and to those in need faster than current affordable solutions. w 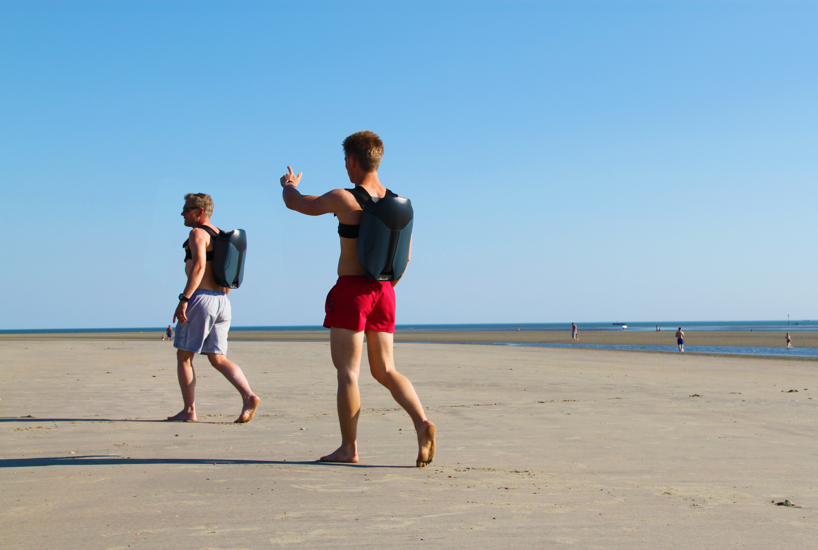 Applications for the Hubs Student Innovation Grant 2020 are now open to all registered students and recent graduates across the world. Start applying today via our official student grant webpage.

Hubs student grant 2018 winners announced
Hubs is today announcing the three awardees of the second Hubs Student Grant. After the success of last yeat the grant has had another excellent reception from students from around the world.
Next