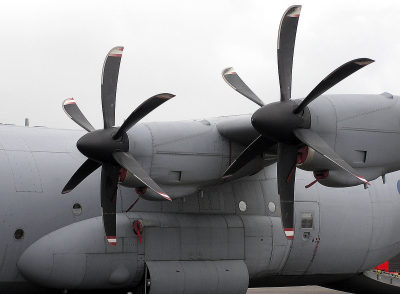 Most commercial aircraft currently in use are powered by turbofan engines, with a small minority powered by propeller engines. The difference between the two is straightforward; a propeller engines' thrust comes from a difference in air pressure between the front and back of its blades, created by the rotational motion, whereas in a turbofan engine fuel is combusted under very high pressure and thrust is created by the exiting gas (as well as the spinning turbofan). 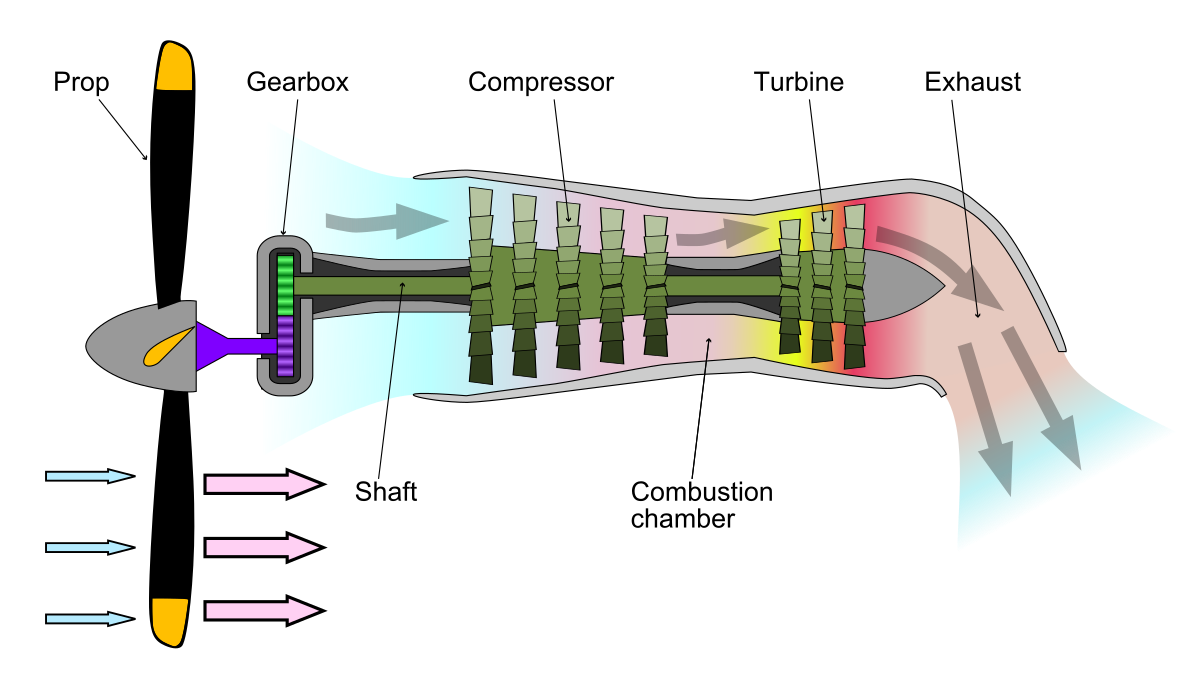 The inside of a turboprop engine

Propeller engines are a lot more fuel efficient and therefore better for the environment than turbofan engines. So why doesn't everyone use them? The major issues preventing propellers from integrating onto commercial aircraft is the fact that they are not as fast as jet engines, they're quite huge and have high levels of noise pollution.

This is where Tomas Sinnige comes in, a PhD student from the Aerospace Engineering faculty at Delft University of Technology. Tomas is using CNC machining to create test parts for use in a wind tunnel, looking to come up with a configuration that would make them more efficient propeller engines work on larger commercial aircraft while increasing thrust.

The motivation of this research is to eventually bring propeller based engines back to passenger aircraft, reducing the carbon footprint of the aerospace industry and providing information for future design considerations.

Finding ways to further increase engine efficiency and thrust is what Tomas is deep diving after previously investigating how to reduce noise. The research focuses on the propeller-airframe interaction effects and trying to see how they can come up with a configuration that will make propeller engines not only work on commercial aircraft but also increase the speed that can be achieved in flight.

The project began 10 years ago and was kickstarted 3 ½ years ago when Tomas took the project on for his PhD alongside a team of 5 other expert PhD researchers. This kind of research has been performed in the past with simulations done by NASA and other smaller research groups but not to same scale as TU Delft.

What’s new with this research is that integrated propeller-wing configurations are tested, involving all the relevant interaction effects. This can potentially break new ground and give more thorough much needed insights.

An example of contra-rotating propellers

"The idea I am exploring is to use this same mechanism of two propellers but to fix the second propeller with a stationary row of vanes which may recover some of the residual swirl, hoping for an improvement in both thrust and efficiency. These stationary vanes are known as SRVs (swirl recovery vanes)." 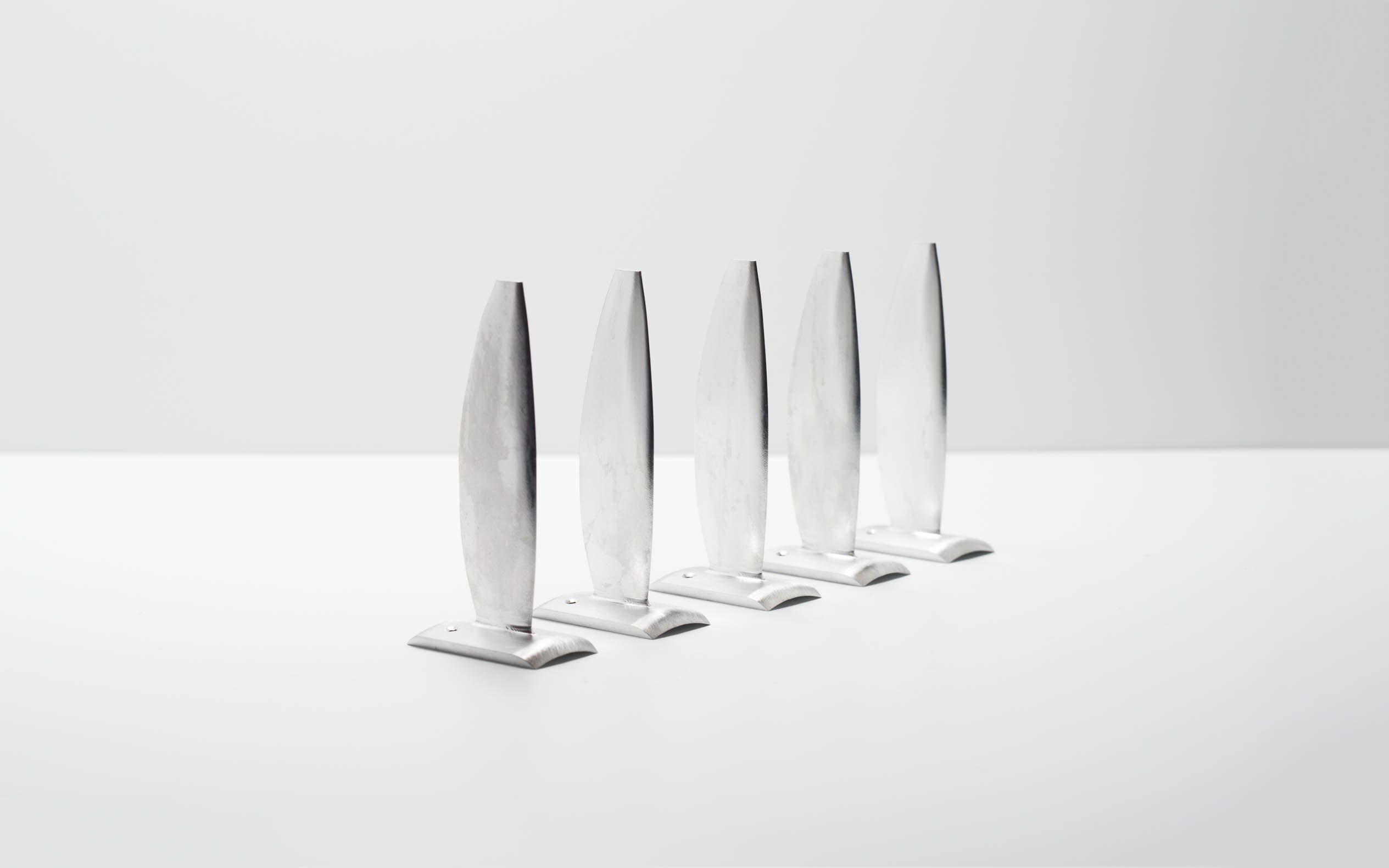 These SRVs needed to be robust and strong enough to withstand the forces they are put under in the extreme environment of a wind tunnel. The configurations are tested with a scale model in the wind tunnel, on a propeller with a diameter of 0.24m. This means the blades are very small and quite intricate so in order to create an accurate test model, Tomas referred to Hubs' CNC service. Other manufacturing techniques, like 3D printing, were not suitable as they could not achieve the combination of very intricate design with functional strength. 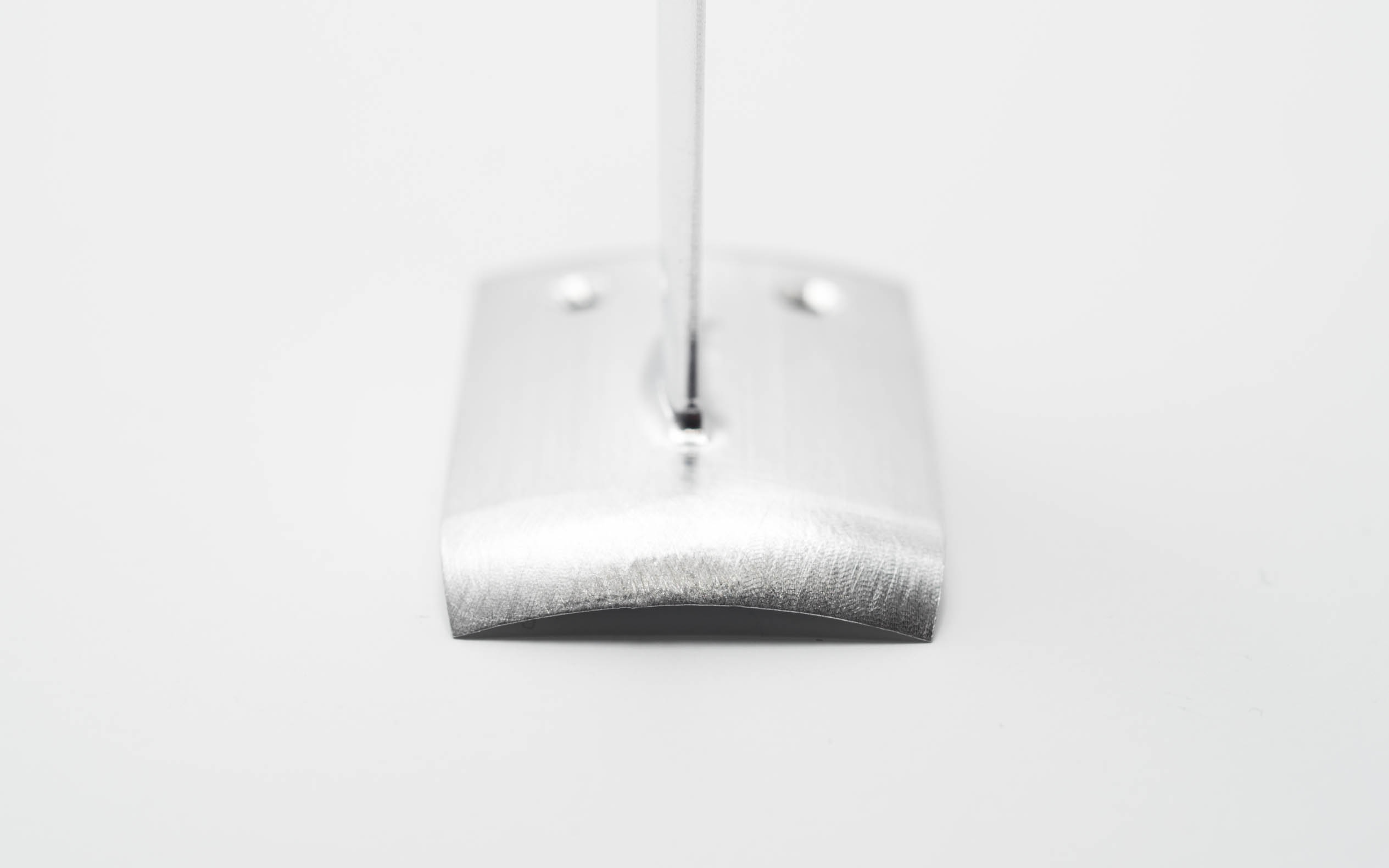 The width of one of the SRV's

Tomas previously used 3D printing for testing, utilizing technologies such as stereolithography and laser sintering but found that the parts were too flexible and would've shattered during testing. Using CNC services, Tomas got aluminum parts that were accurate, able to withstand the forces they were put under and had an optimal surface finish for analysing the aerodynamics of the configuration.

"We were online looking for a company that could deliver in a short amount of time within our tight budget. The parts were a relatively complex geometry to mill so we had trouble getting quotes for the two week turnaround time we needed. Hubs got us the parts on budget and within our timescale. We couldn't have been happier with the part quality either." 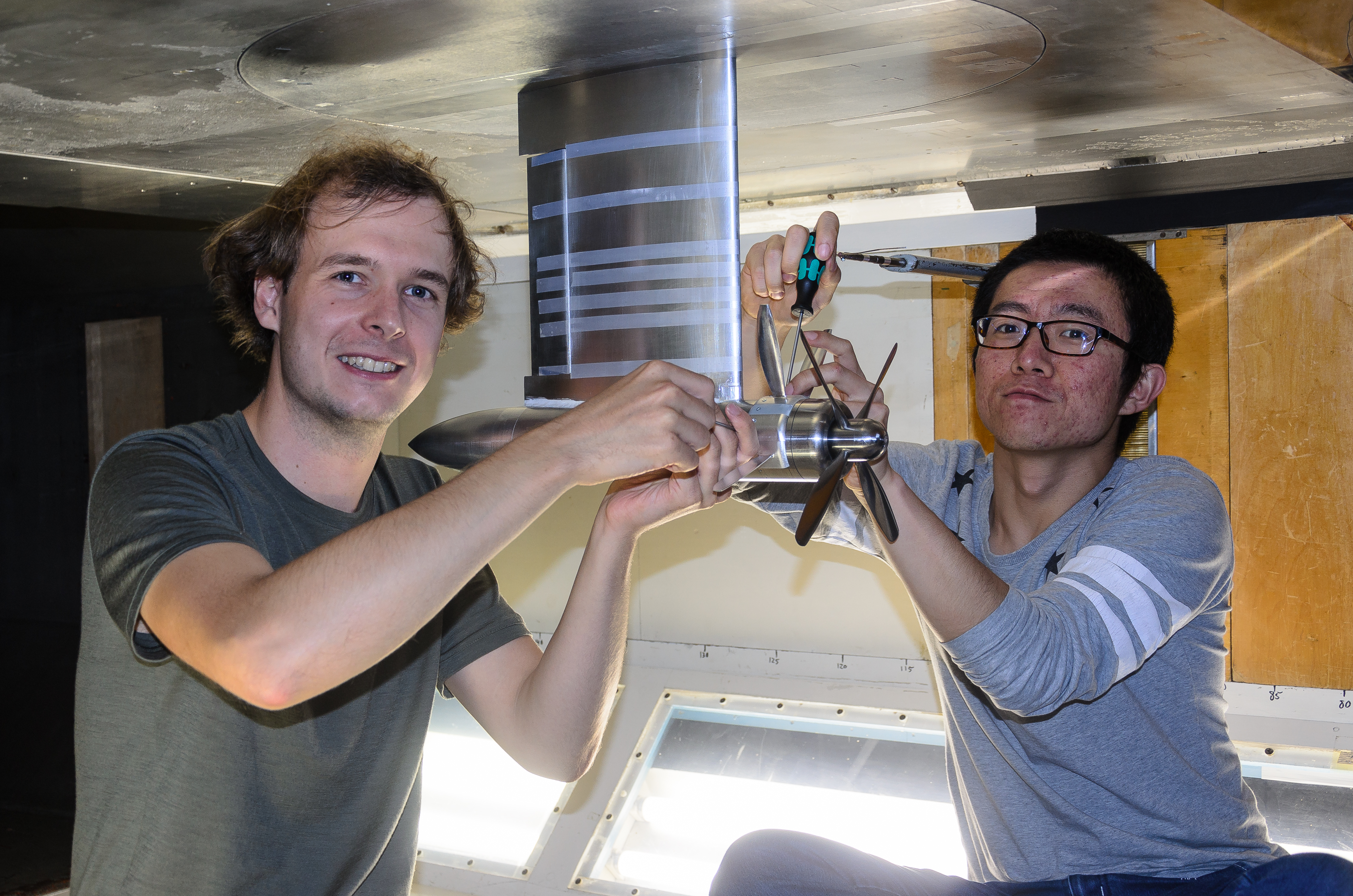 The SRV's mounted and ready for testing in the wind tunnel

Overall 15 parts were made, with 2 sets of 5 vanes and 5 interval parts to split the vanes so they could be placed at different circumferential locations for testing. The future of this PhD research is to continue gathering knowledge about this area of Aerospace engineering in the hopes that a level of noise reduction and efficiency will be found to make propellers more viable for applications on future aircraft. With the use of air travel set to increase and the number of distant locations also increasing, this kind of research is vital to combat the increase in emissions that will follow.

Upload your 3D files to get an instant CNC quote
here 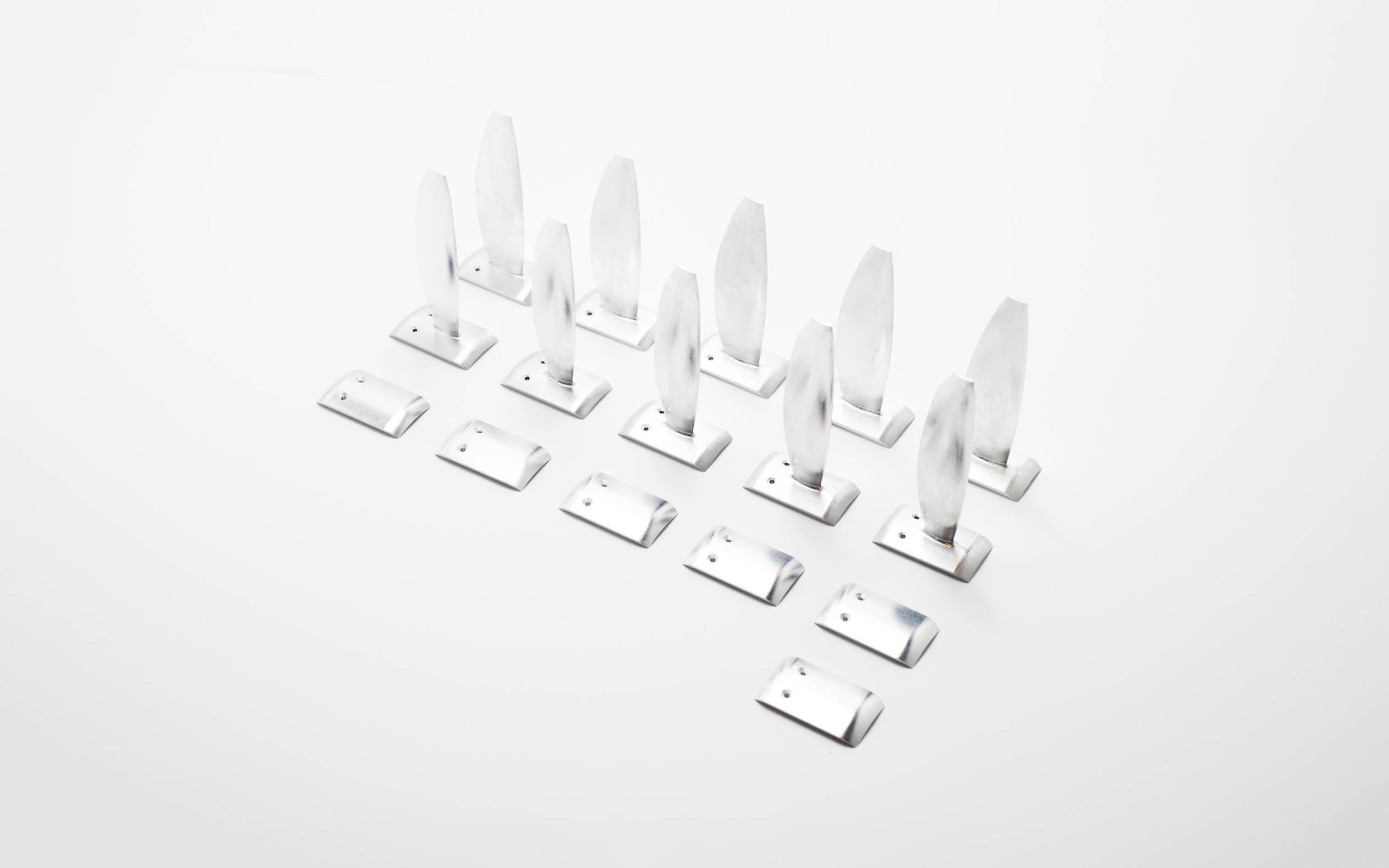 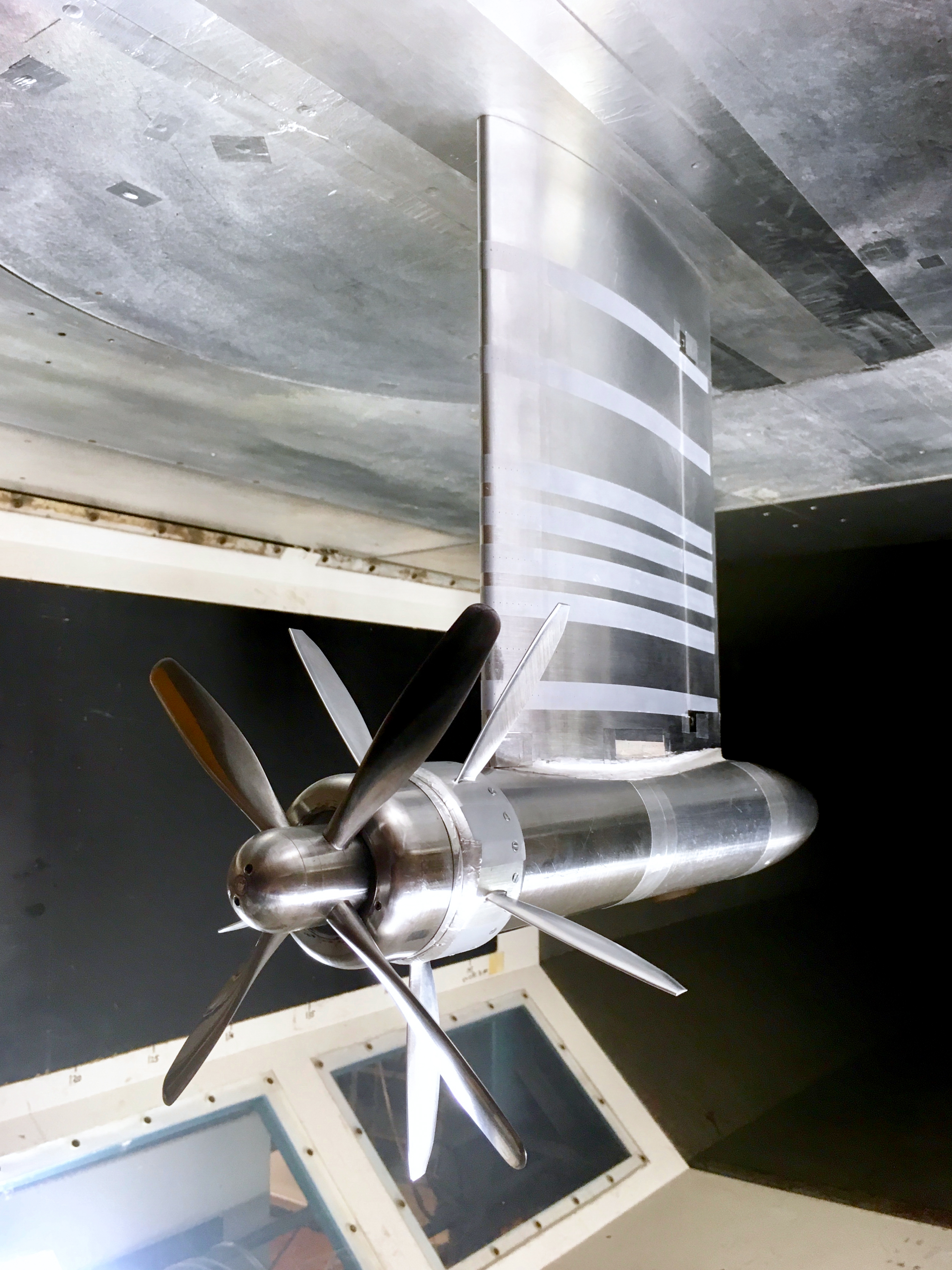 How it's made - The 3D printing handbook

How it's made - The 3D printing handbook
This book was made to help engineers unlock the potential of 3D printing for professional applications and to demystify the industry as whole.